The Career in Your Suitcase Story

The Career in Your Suitcase story has been a collaborative venture, inspired, encouraged and supported by many, right from the beginning… 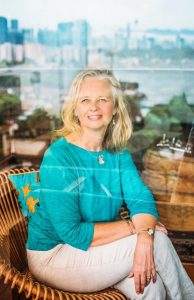 Until 1987 Jo had enjoyed a successful career as a partner in a computer training business.

She made her living from teaching and writing and had already published more than ten computer handbooks. Then she got married and her husband was posted to Dubai. Telling her she would regret it for the rest of her life if she refused to join him, her new husband persuaded her to become what is sometimes rather unflatteringly called a ‘trailing spouse’. In this politically correct world the term has become the more anodyne ‘accompanying partner’. It is perhaps the men in our number who have created the most compelling term ― that of STUDS which stands for Spouse Trailing Under Duress Successfully, while Apple Gidley, author of Expat Life – Slice by Slice, created the new acronym STARS at the 2011 Families in Global Transition Conference. This stands for Spouse Travelling and Relocating Successfully. We like that.

In the 25 years that have followed, Jo has come to agree with her husband. She is glad she made the journey and yes, she would have regretted it for the rest of her life had she stayed behind. During these intervening years, she has developed what she calls a career in my suitcase, a portable career that moves when she does. A career that is mobile, sustainable and keeps growing despite moving country every few years.

The first ten years were a struggle, in which she did her fair share of door-slamming and sulking. But it was around 1997 that she read Robin Pascoe’s ‘A Wife’s Guide’ and realised, at last, a) she was not alone and b) she was not mad. In fact she was part of something often called the Dual Career Issue. It was around this time she published the first edition of A Career in Your Suitcase.

This first, and the subsequent second and third editions, have been well received and have built a strong following of people whose lives have been positively impacted by Jo’s story and the lessons, resources and approaches shared in A Career in Your Suitcase. 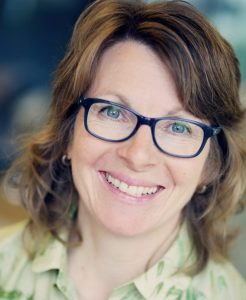 In 2010 work began on the 4th edition, now co-authored with Career Consultant and expat Colleen Reichrath-Smith. Colleen moved to the Netherlands from Canada in 2005 and saw it as an opportunity to put the career development principles she teaches others to the ultimate test. Within two years, she was again delivering career development training as a self employed consultant. Only this time in Dutch! The collaboration for A Career in Your Suitcase 4th edition was born when Colleen and Jo came in contact through three different networking groups in the Hague.

Colleen has fully updated and revised the content, adding examples from her own portable career story, experience and expertise as a certified Career Consultant with over 18 years of experience supporting people to make personally meaningful career choices.

Who Should Read This Book?

This book is for anyone who lives or hopes to live in another place and has to start again. If you want to find fulfilling, enjoyable work that is a meaningful expression of who you are and what you want from your life, and can be taken to wherever you are living then this is for you.

You may be about to emigrate, to retire, to return to work, to move elsewhere temporarily or permanently. You may be what is termed an ‘accompanying partner’ of an expatriate employee and about to move once or many times. You may be someone with a thirst for change and adventure. You may be about to move alone, as part of a couple, or with a family and want to work in a new location. You may want to run a business from your kitchen table or home office, find part-time, full-time, freelance or contract work. You may want to develop a one-off successful company or you may want to find something to do that can be sustained and grown as you move from place to place.

This book has much to offer the global nomad who needs a career with global networks and about which they can stay motivated despite upheaval. Yet it also speaks directly to anyone, anywhere, who has ever wanted to discover, once and for all, what they really really want to do fr a living and how to turn that dream into reality.